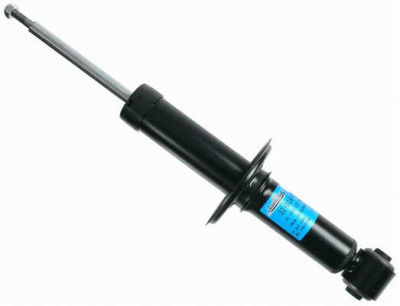 As for the car industry, it is not a secret that is based on increasing the improvement of the stability of the new models, thus incorporating electronic systems such as ESP. In this case, Monroe had the decision to develop a new product where stability is increased mechanically and of course, to ensure a safe path to the car, more than anything in possible emergency situations, this product is the new Monroe Reflex shock absorber.

The shock absorbers are very important

The shock absorbers, adding with the tires and brakes, are the three most important pieces that make up the vehicle’s safety. The drivers are clear, it’s the last two, but not the shock absorbers. In the absence of this kind of awareness, sales of the shock absorbers have fallen and are stagnating. This awareness some believe that it should be on the part of the mechanical workshops, which are those that should inform the driver about the great importance of this element, review it and in such a case replace it.

There is a secret to the Monroe reflex shock absorbers, it has a unique piston valve system, better known as the “Twin Disc” technology. It contains an extra phase of control which was designed for a very low speed, which results in a shock absorber that has a faster reaction since it controls even the slightest movements of a car, which is perfect compared to the conventional shock absorbers. This product is ideal for larger light trucks, SUVs and other vehicles with a high center of gravity, where it helps reduce the inclination and pitch of vehicles.

The new technology focuses slightly on the speed of movement of the piston, which depends directly on the displacement of the car and not on its speed.
The two discs that make up the Reflex are responsible for opening or closing the passage of the oil, causing variable amounts of liquid to pass through the valve, which allows a rapid response for any emergency.

At the lowest speed of the piston, the shock absorber stretches slowly, the piston moves higher, and the oil passes through the valve through the bleed of the two discs.

In the low speed of the piston, as the speed is high enough, the first set of discs is lifted, and the second is kept closed, and the oil is flowing into the second sangria, all this happens to prevent it from of an exaggerated response and a rollover occurs.
At medium and high piston speeds, the two sets of discs are raised with the pressure, thus allowing a large amount of oil to flow in them, where the damping force is rapidly increased, absorbing the strongest impacts.

Apart from the Twin Disc technology, they have incorporated other improvements that are added successfully, such as a sliding valve that sucks to lengthen the duration or high viscosity oil that promises the same level of damping in each of the temperatures.

You may also be interested in the following articles:

How to Shop for Car Rear View Mirror