All About Exhaust Systems 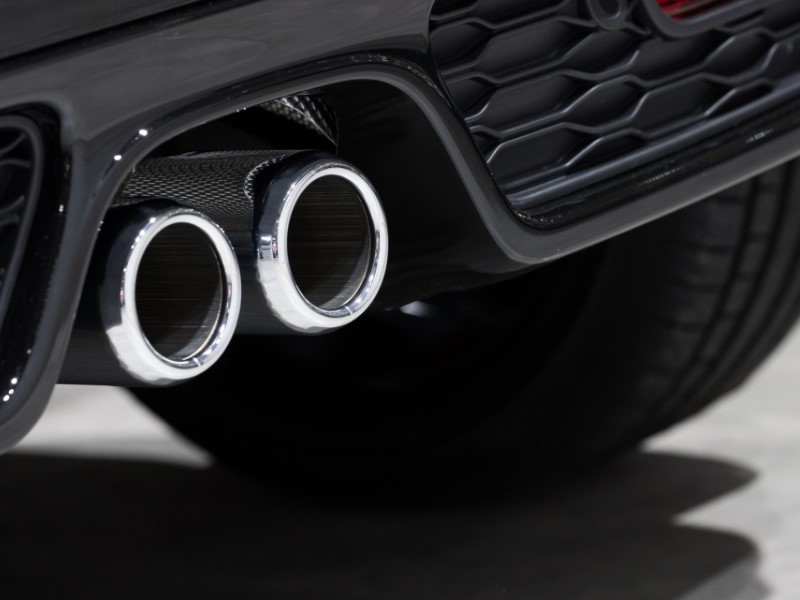 Have you ever wondered why one car is louder than others? Do you know how cars reduce emissions? This is where exhaust systems enter the picture.

The exhaust system of a vehicle works through different components that gather the engine cylinders’ exhaust fumes and get rid of dangerous substances. It also reduces noise and releases exhaust gases away from the car.

Every exhaust system produces a total of six gases in the form of emissions. Three of these gases are toxic, which include nitrogen monoxide, nitrogen oxide, and carbon monoxide. Although the main job of the exhaust system is to disperse the dangerous gases that the combustion chamber of the engine has produced, it also performs the task of muffling the sound.

A car with a poor exhaust system can exhibit different problems including dangerous gases, rumbling sounds coming from the muffler or exhaust pipe, and lower fuel efficiency. Car owners may also notice the emission of a rotten egg odor of the exhaust system is faulty.

The exhaust system of a vehicle consists of several components working together to lessen exhaust noise. It also provides a way for exhaust gases to exit the engine by letting them find their way out under the vehicle.

The exhaust system is the pathway used to prevent dangerous gases from getting inside the vehicle than can make the people inside sick. Most of the time, the exhaust system also cleans the expelled fumes as a way to lessen the emissions and offer protection to the environment from any damage.

The catalytic converter, or what most people simply call the cat, uses a substance or catalyst like palladium, rhodium, platinum, or any chemical that can make the rest of the chemicals react without causing any change to their makeup.

Even if the converted gases are still considered dangerous to the earth’s atmosphere, these are less detrimental compared to the gases that the engine produces. These components usually last for approximately 100,000 miles. However, they often fail because of external damage, engine misfire, exhaust leak, or unburned fuel.

Once the cat starts to fail, it will activate the check engine light and you might also notice a rotten egg smell. Sadly, replacing the cat tends to be a bit expensive because of its makeup of precious metals including manganese, rhodium, platinum, or cerium.

The exhaust manifold collects the exhaust gases from every cylinder from the engine’s combustion chamber, directing them to the exhaust pipe. This part is often made of steel or cast iron with special bends to improve efficiency.

Named exactly for what it does, the muffler muffles or reduces the sound that the engine produces while also reducing the exhaust gas flow. An improved flow rate will mean better performance in the different functions of the vehicle. But even the smallest hole in the muffler can already affect its flow rate efficiency or its ability to muffle the sound.

Just like the muffler, the resonator changes the engine’s sound vibrations and can be placed either after or before the muffler in exhaust systems. The key role of the resonator is to tune and organize vibration sounds. It also plays an important role in enhancing the effectiveness of the exhaust flow. Similar to a functioning and well-designed muffler, it can lead to improved fuel efficiency and performance.

Being the final piece of a car’s exhaust system, the tail pipe comes out of the muffler, extending past most cars’ rear bumper to direct exhaust gases out and away. It also functions as a decorative feature and might be dipped in chrome on many cars today.

Exhaust systems, just like other parts of your car, are also bound to encounter several common issues after some time. It is easy to tell if something is wrong with the exhaust system because there are several clear and telltale warning signs. These include:

Rust is the most frequent way to tell if your exhaust system has wear and tear or is damaged which may cause different issues. When the rust issue becomes severe, this may result in structural damage or even lead to complete exhaust failure.

During extreme cases, the exhaust pipe can get seriously corroded or damaged and it comes loose and drags on the road while driving.

Once you find yourself in such a situation, you might want to take your car to the nearest auto mechanic as soon as possible. If it is no longer safe to drive your vehicle, you can contact the authorities for roadside assistance. Just be careful to avoid inhaling the fumes coming from the exhaust because these can become highly toxic.

Every time you hear a rattling noise under your car, it often means that something has already come loose. It is generally a heat shield, a piece of the exhaust pipe, or a bracket.

In such cases, you also need to have the exhaust system serviced the soonest time possible. Loose exhaust parts or missing brackets might damage the rest of the more expensive parts. It is because these can add additional stress to the exhaust system’s structure. There are exhaust mounting kits that you can buy to help you fix the damage on your own.

The next time you are going for a drive and a car sneak up quietly behind you, you will know right away that its well-tuned exhaust system is doing a great job. Vehicles with poor or faulty exhaust systems should be fixed right away to prevent further issues.